What do we want to show?

First, the distribution of the triggering of wars is not completely random. If we have successive periods of about 8 and a half years, corresponding to the “War Cycle”, we typically want to show that 70-80% of wars are triggered in a “period of amplification” of 4 years and that the 30 to 20% are in the reverse period, ie a “mitigation period” of just over 4 years.

We do not pretend to prove that all wars follow this phenomenon but simply that it is a phenomenon that has influence, statistically demonstrable.

How to read Graph? 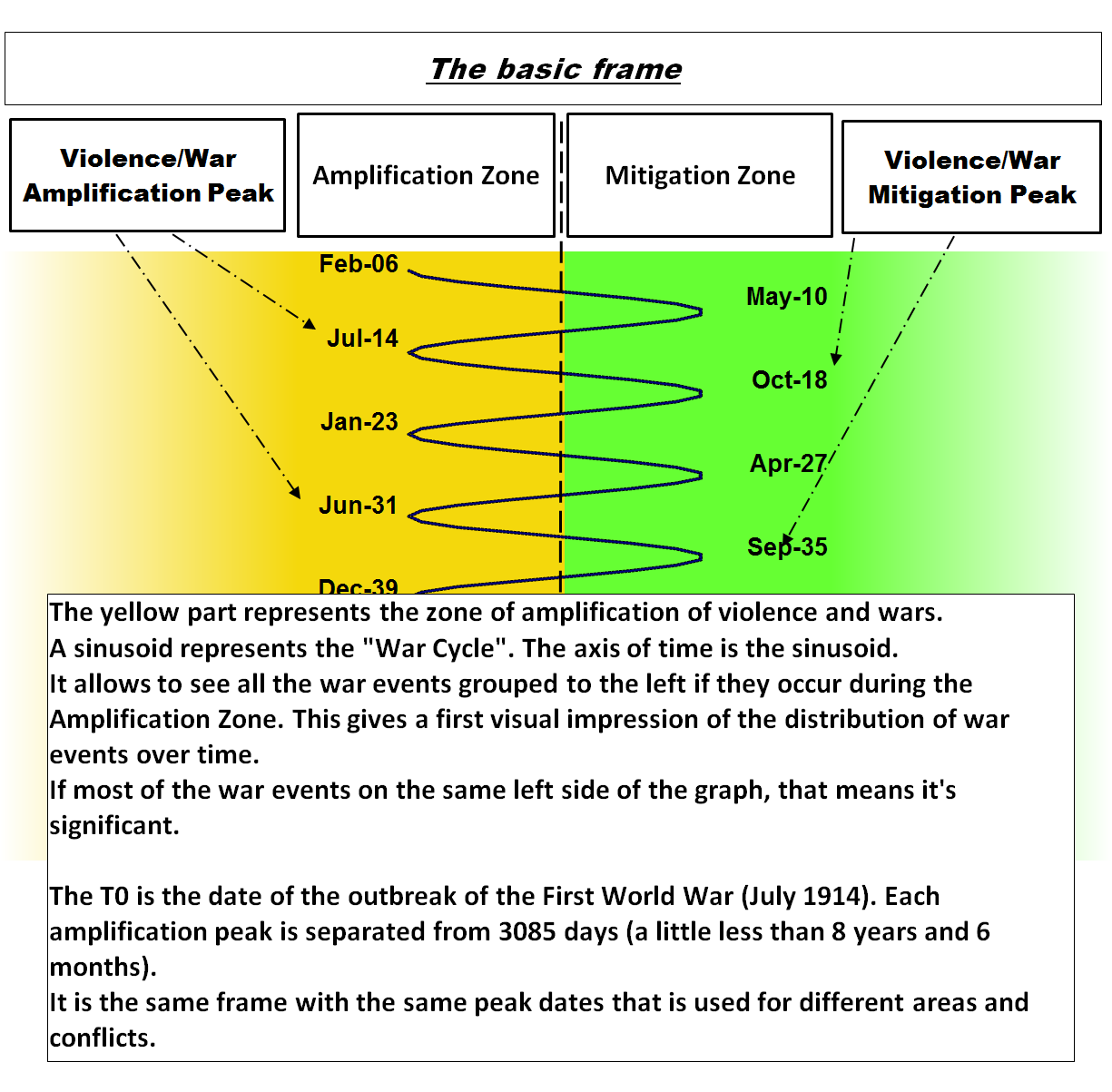 Are indicated on the Graph of each context

Some examples and their visual interpretation 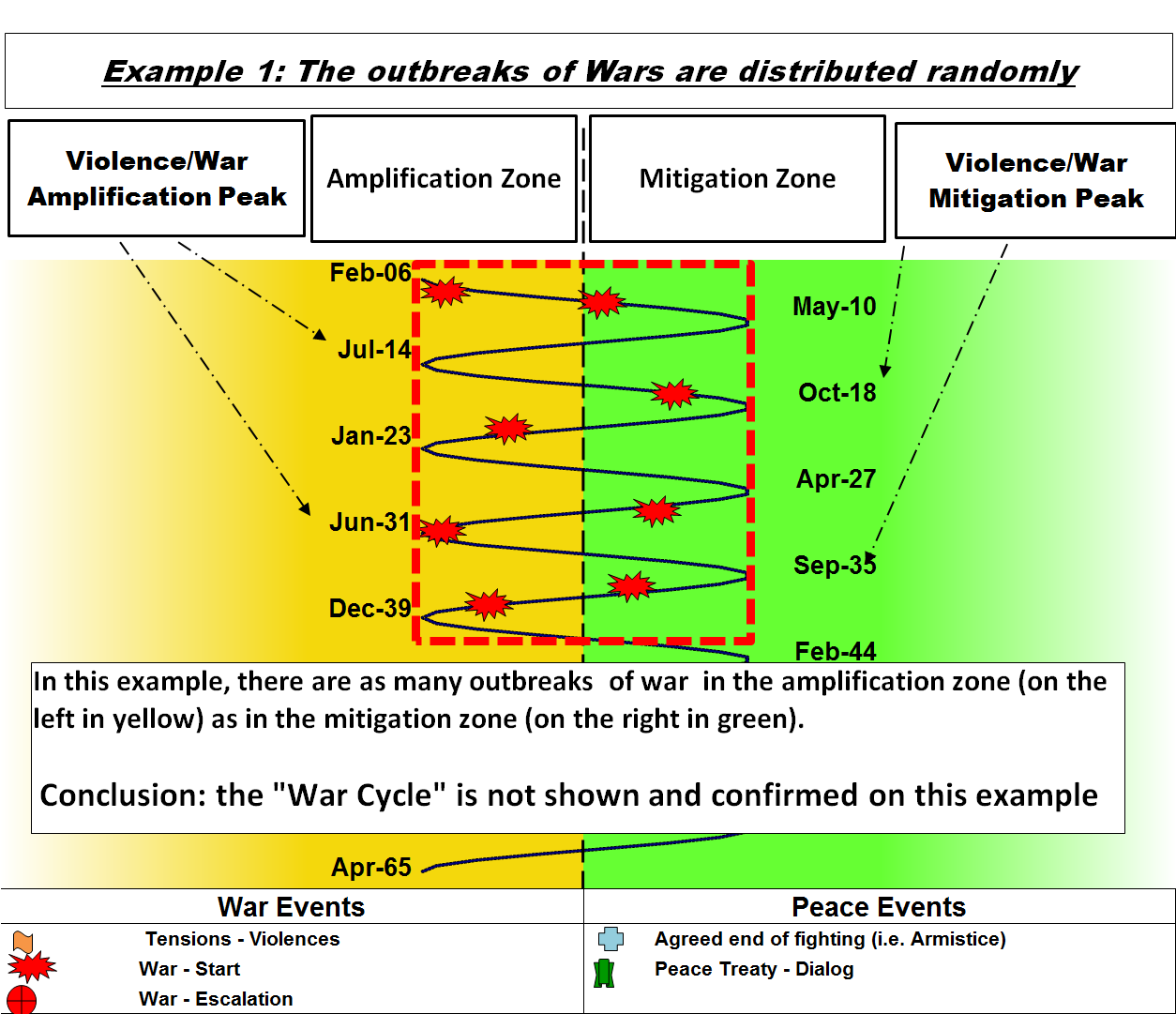 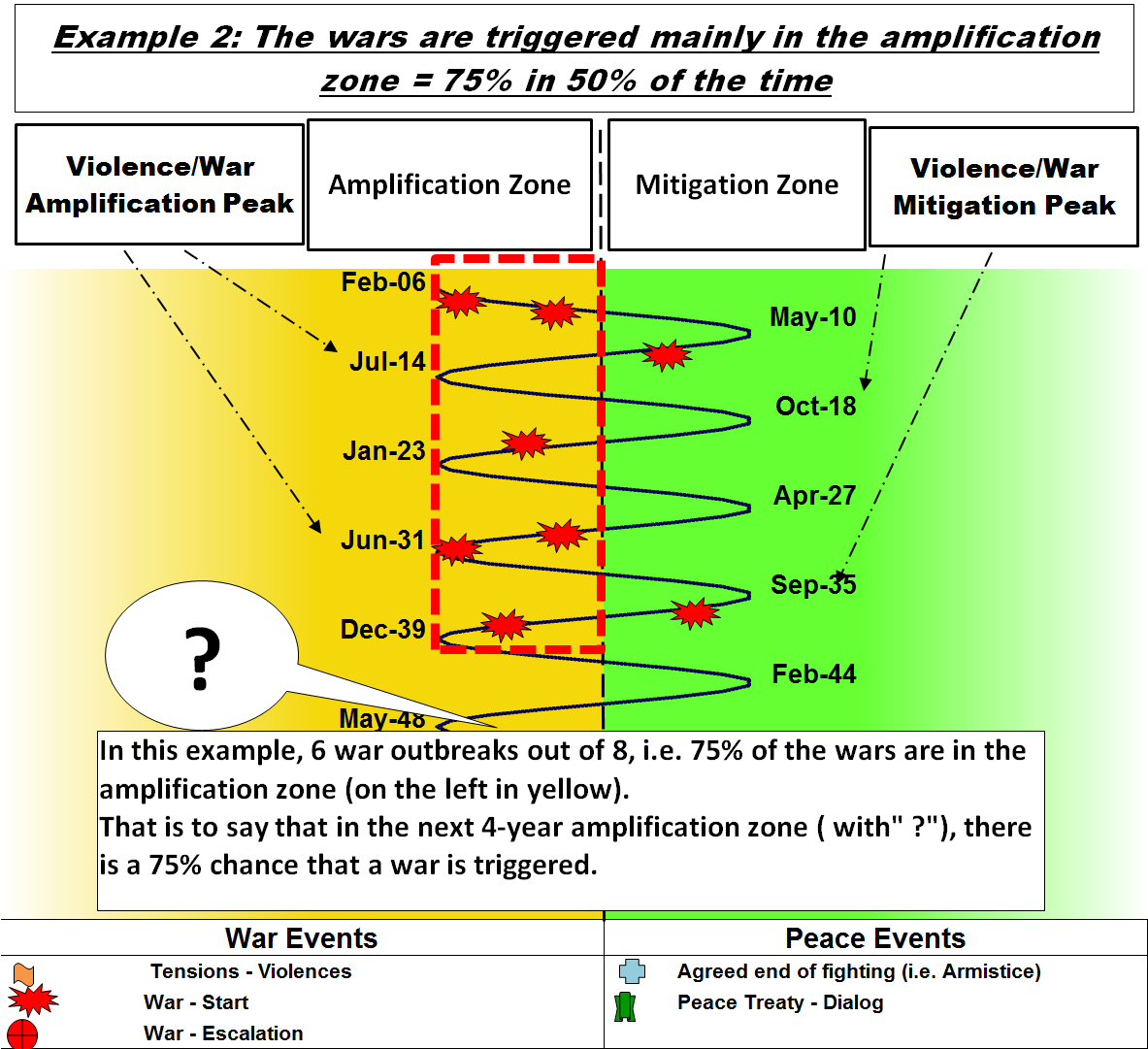 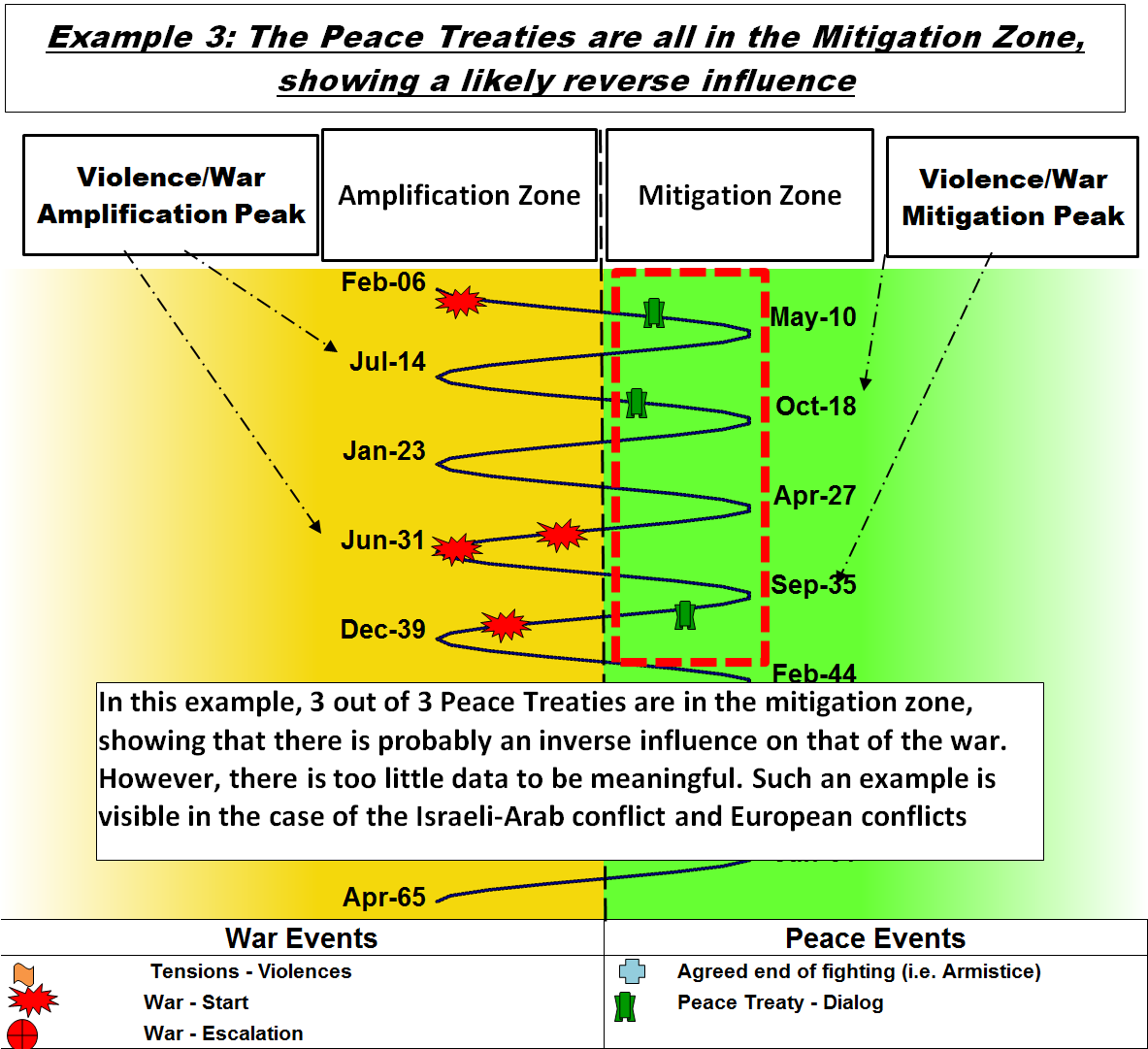 The significance of these deviations shown in the table is illustrated in the following graph. 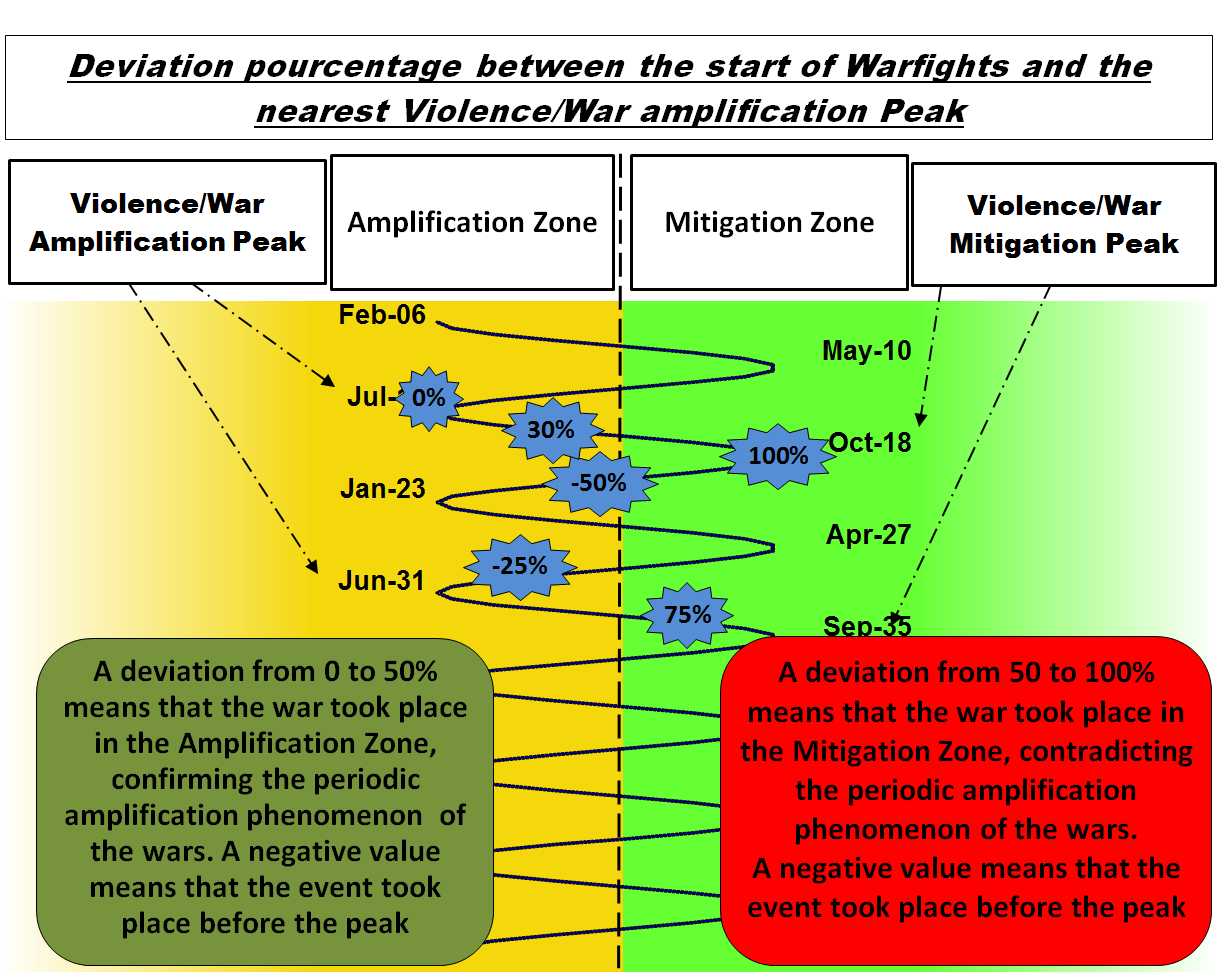