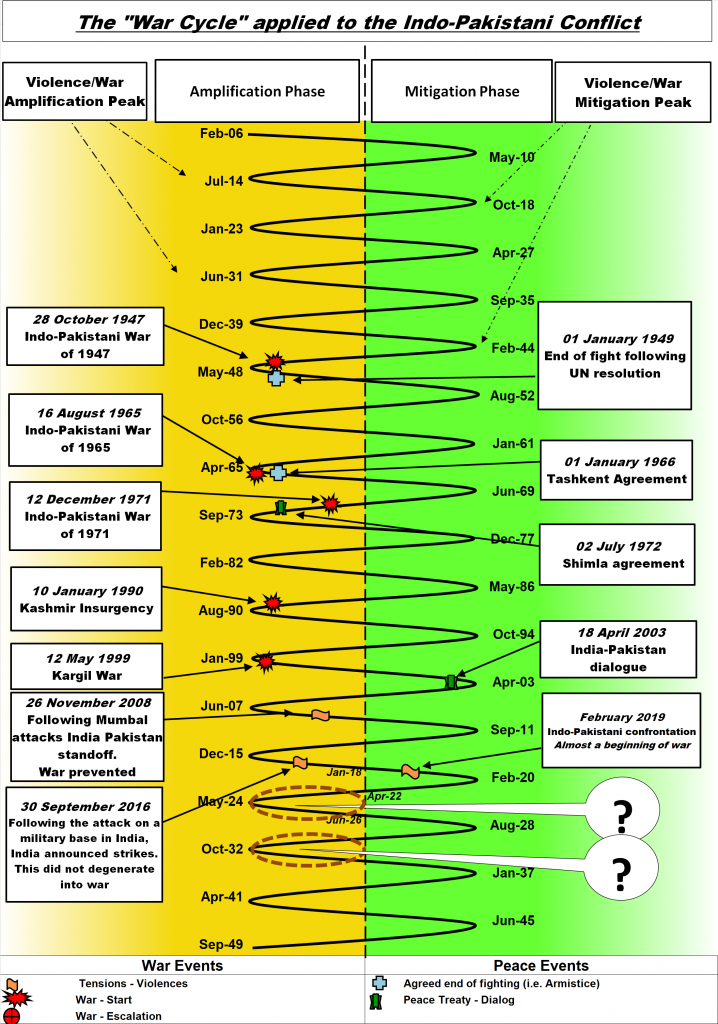 100% of these wars are triggered during the amplification phases

The episodes of wars indicated are not questionable. The fact of including periods of tension is more debatable.

Since the discovery of the “War Cycle” in 1999 there have been no more wars, but more or less important incidents.

This is the only recurring conflict that gives the impression of stopping at tensions without going to war since the discovery of the “War Cycle”.

There has been no war since 1999, but as this recurring conflict illustrates the “War Cycle”, this context is kept and continues to be presented, even if it is more tensions that are expected and observed than actual wars.

However, in the absence of serious negotiations seeking to find a new viable political balance between the 2 countries, we consider that there will be a war one day. Most likely it will be during a period of amplification (e.g. 2024 or 2032) but not exclusively. As the moderation dwindles, the risk becomes real again and must be kept in mind and followed.

In addition, Hindu nationalism favors escalation. The period from 2024 (April 2022 to June 2026) is likely to be particularly turbulent, following the episodes of tension seen since 2019. Hindu-Muslim antagonism has increased.  The level of tension between India and Pakistan is increasing, even during the mitigation phases, making the risk of war greater in the  amplification phase 2022-2026.