The Russia-Ukraine war has caused a great deal of heartache for the author of this study, like a wound that oozes with the rhythm of the ongoing war.

The application of the so-called Return War Cycle indicated before 2022 a possible war in Europe in the period 2022-2026, most likely in a former socialist country with a direct or indirect Russian component. If it is too late to convince you of this prediction, it is not too late to reflect and become aware of this strange phenomenon.

It was necessary to convince before, it is necessary to explain during, but when the war starts, we only talk about operational and military realities.

If you have reached these few lines, I recommend that you read “The Return War Cycle  – October 23, 2022 version”.

If, after reading, you have any questions, suggestions to inform, I am interested and I hope you will use the contact form to exchange on this subject.

It is heartbreaking to foresee possible wars, to see that they happen, to see that the leaders who govern us do not understand what is happening and rush into a war that could be long and deadly, probably because of this cyclical phenomenon that is one of the causes of these wars, without being THE cause.

The 2022 objectives are limited:

– Make presentations on the “Return War Cycle”,
– Submit a text on the “War Cycle” to an international journal,
– To make available the state of research in the hope that the study can be continued by others.

And for the moment, the author is going in circles without succeeding in informing

This is a site for sharing research: studies and experiments

Is there a cyclical phenomenon that influences our collective behavior and in particular wars?

It is necessary to open a debate on the subject, to bring elements for or against to make mature this subject which influences us without most of us being conscious of it.  When the debate will be well advanced and each element will have been weighed, contested, validated, refused, then we will be able to conclude to the reality or not of this cyclic phenomenon.

How to summarize in a few lines this cyclic phenomenon?

This periodic phenomenon can be expressed in different ways

What can be the interest of such a cyclic phenomenon?

The first is to notice that collective events, such as crises or wars, which seem to be unpredictable, follow a logic that can only be understood by becoming aware of this cyclical phenomenon. It is fascinating to see this. It is disturbing to admit it. It can give some people the impression of a formidable regression of thought which returns to a world where we imagined, in the Middle Ages, a great hidden clockwork which guided our destiny. It is a bit like that without being so simplistic. This phenomenon has an influence but is not deterministic.

This has consequences for fundamental research on the mechanisms of thought and unconscious collective influence, but it also allows for various applied research.

What is at stake in these studies?

We can imagine, based on current knowledge, that most of the major wars of the 20th and 21st centuries have a partial cause that is unconscious today and that is this cyclical phenomenon. We do not yet know the real origin of this phenomenon. Probably it is not as regular as a beautiful mathematical sinusoid, but we will not be able to explain the two world wars of the 20th century without recognizing and accepting this cause which is today invisible and unconscious. For some scientists, or recognized eminent persons, to identify such invisible causes is sacrilegious and without any justification. But if other complementary studies were to confirm this, it would shed a new light on all those wars which we thought were defending a just cause but for which one of the important causes had not been identified until now. All this has not yet been demonstrated in an indisputable way and can only be demonstrated if other researchers take up these studies. At best, it would take 10 years to arrive at such a shared conclusion, if dozens of researchers were to add a few missing bricks to what has been started. 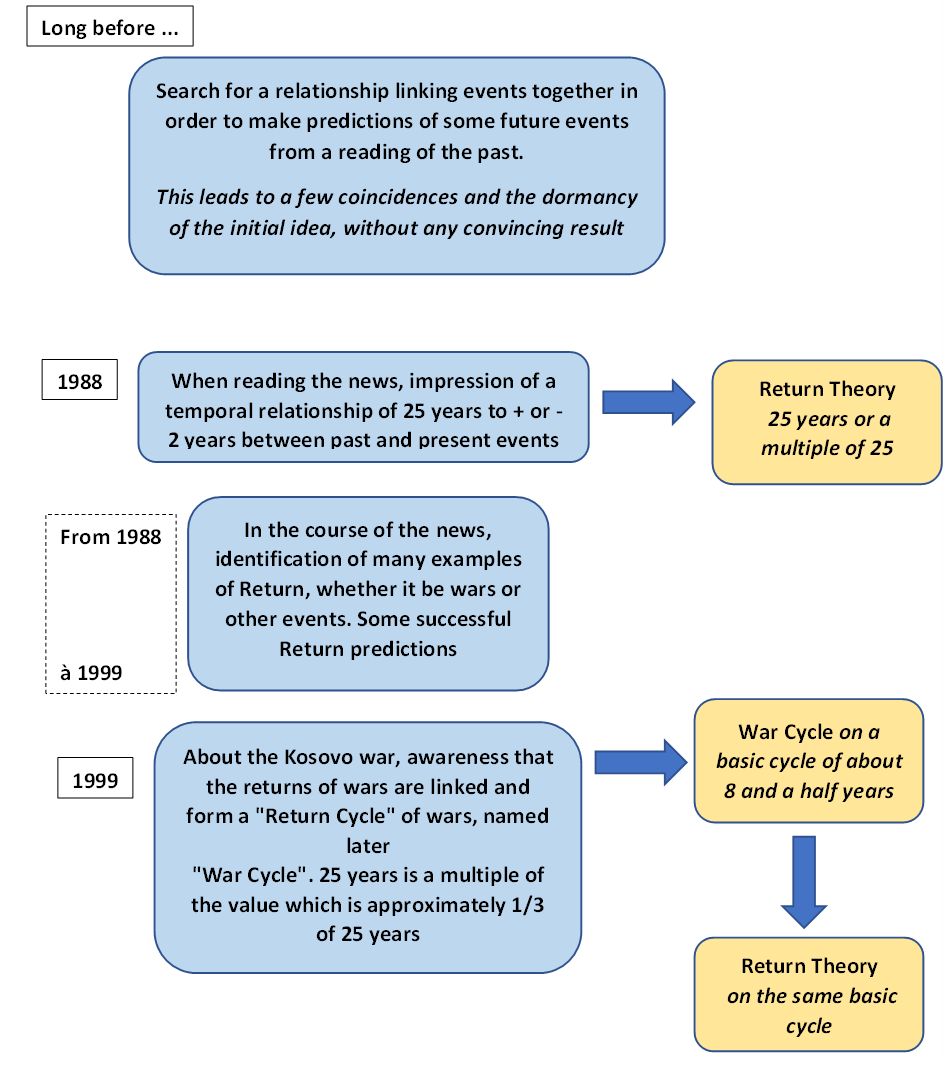 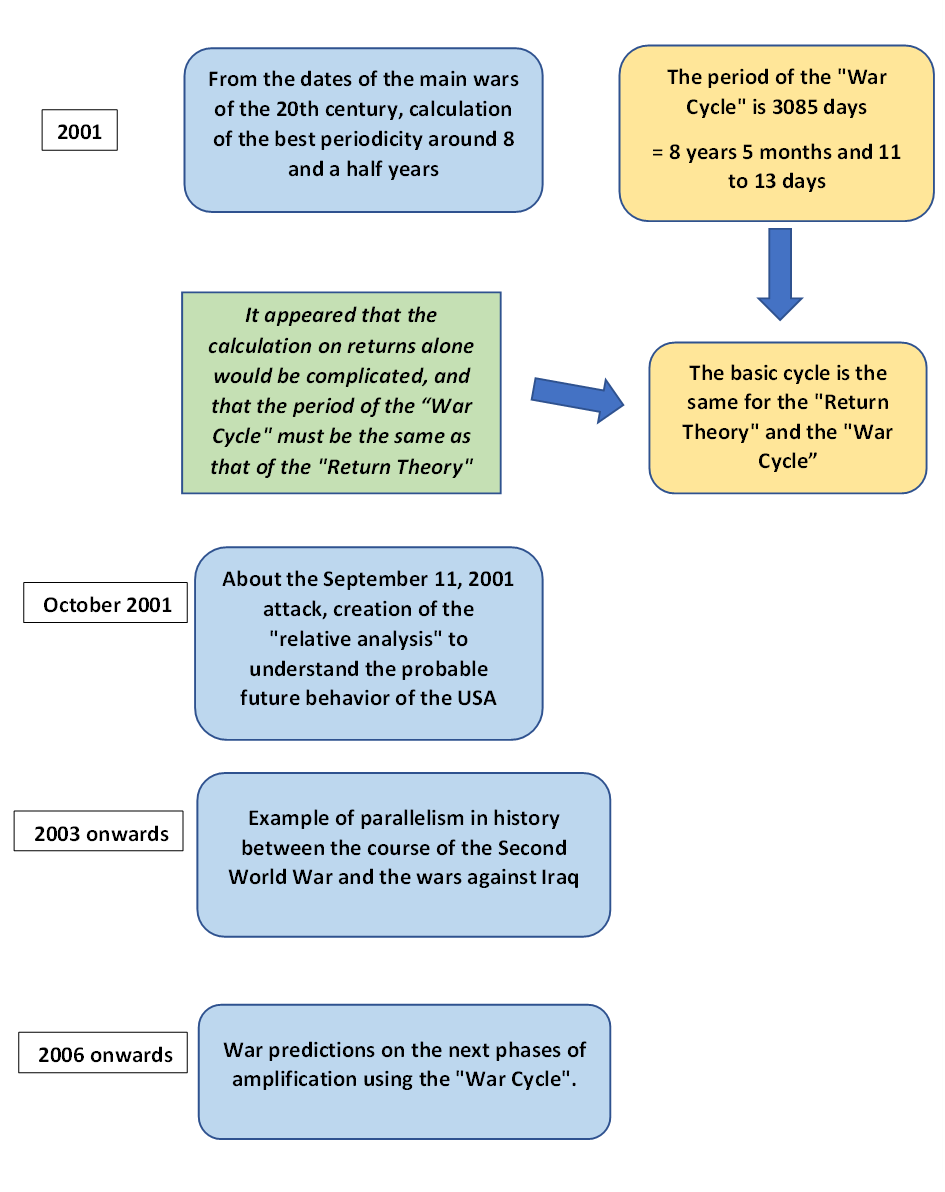