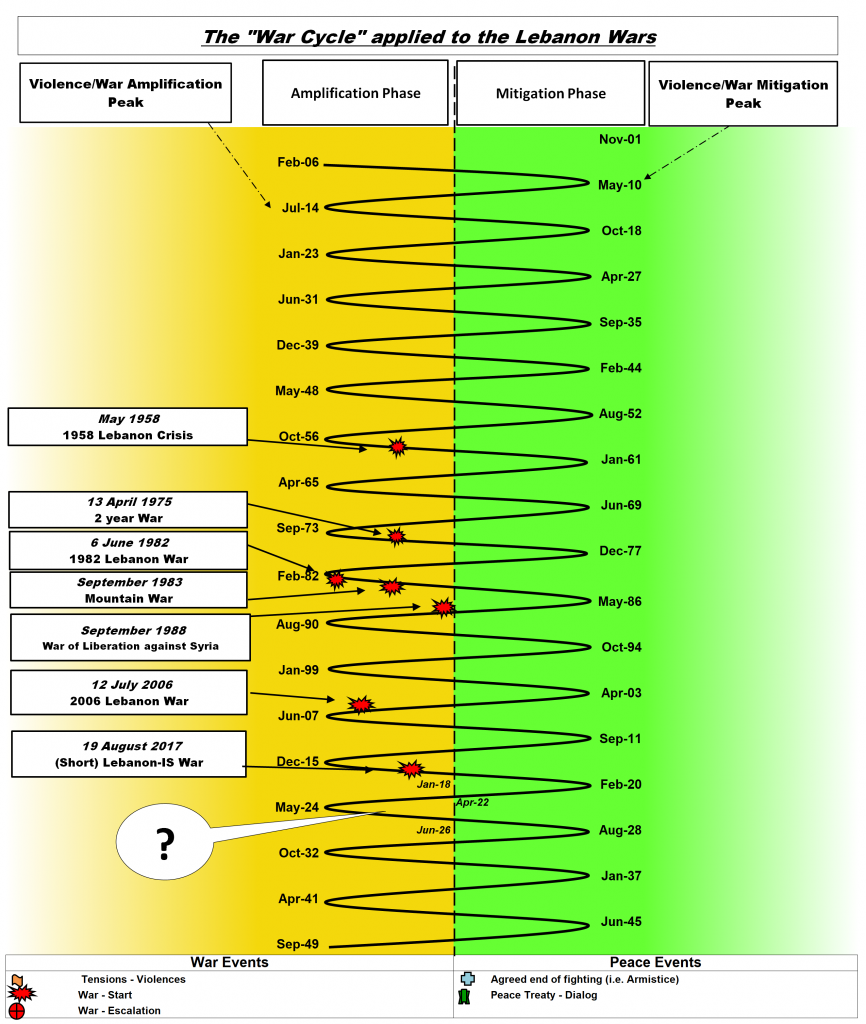 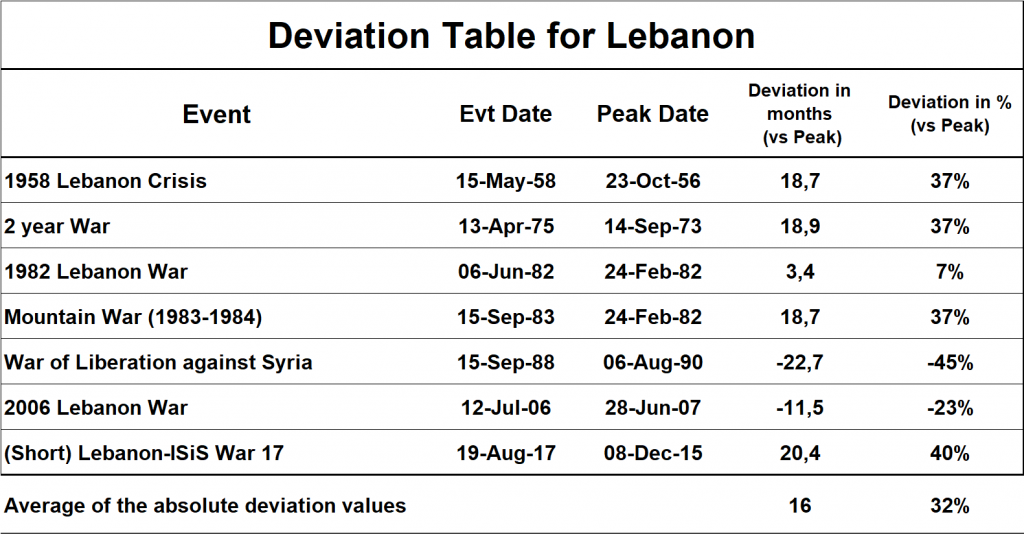 100% of these wars are triggered during the amplification phases

The Lebanon context helps to demonstrate the “War Cycle

If for all other contexts, most people with a good general culture can find their way around and confirm the data presented, it is more difficult in the case of Lebanon, whose war episodes are not always well known and are sometimes the subject of controversy among the actors themselves.

Four of these data points are indisputable (the 1958 crisis, the beginning of the 1975 Lebanese war, the first and second Israeli wars in Lebanon).

The “War Cycle” has an influence in the Lebanese wars, but without being able to make predictions as in Europe or in the Israeli-Arab conflict, because there have not been enough conflicts in the last 15 years to extrapolate anything.

On the other hand, this Lebanese context remains important to help demonstrate the “War Cycle”. At the present time, all Lebanese wars have followed this cycle, which is interesting to present, even if we do not know how to transform this observation into a forecast in the Lebanese context.

The disintegration and weakness of a state leads to civil wars. The current dramatic economic situation is the harbinger of a more serious crisis that is expected to occur during the amplification phase 2022-2026.