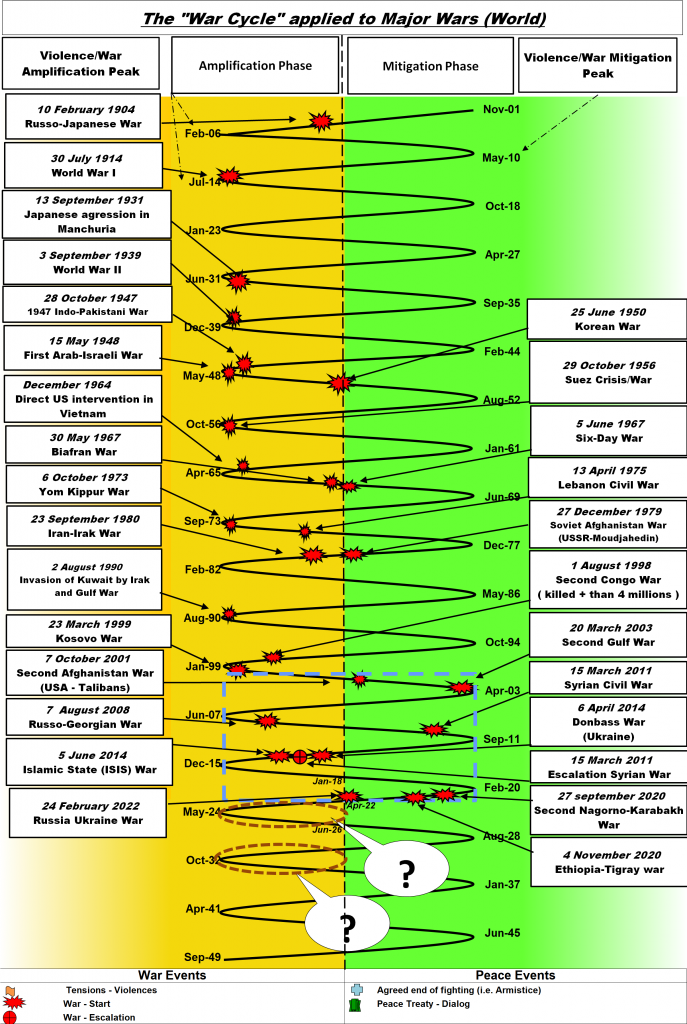 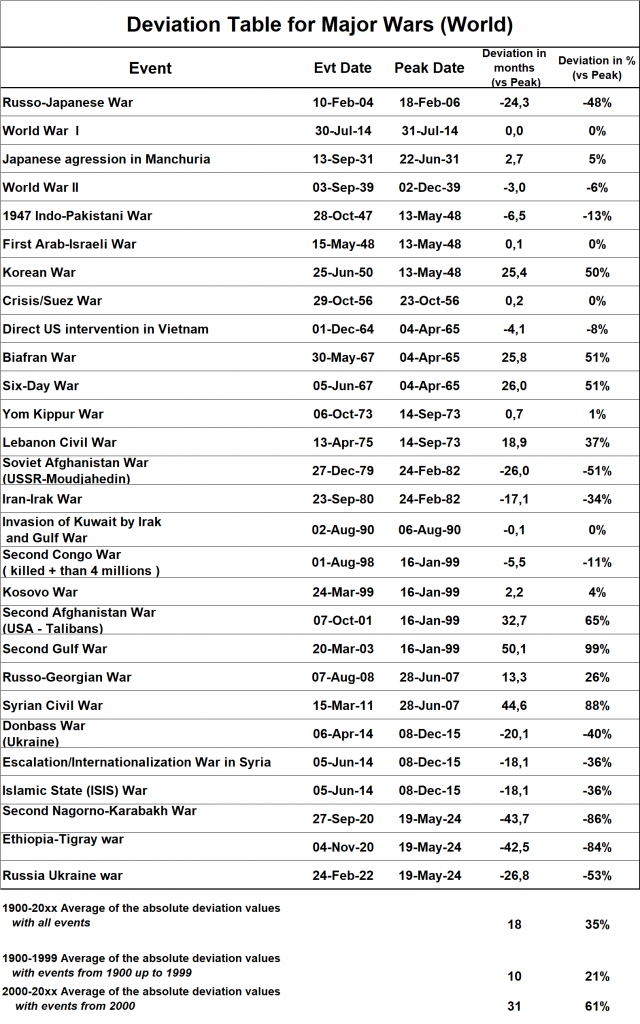 Over the 1900-1999 period, wars are mostly triggered during the amplification phases.

Over the 2000-2022 period, wars are mostly triggered during the mitigation phases.

The World context does not immediately help to demonstrate the “War Cycle” without further analysis.

Is the chosen method a dead end?

If you look at the graph and what is shown in the blue dashed rectangle, you will conclude that over the 2001 to 2021 period the wars at the World level do not demonstrate the “War Cycle”, since more wars started during the mitigation phases than during the amplification phase.

The strict application of the methodology leads to an apparent dead end since we have just demonstrated that at the world level there is nothing significant over a period of almost 20 years.

In fact, there are several findings that need to be considered: